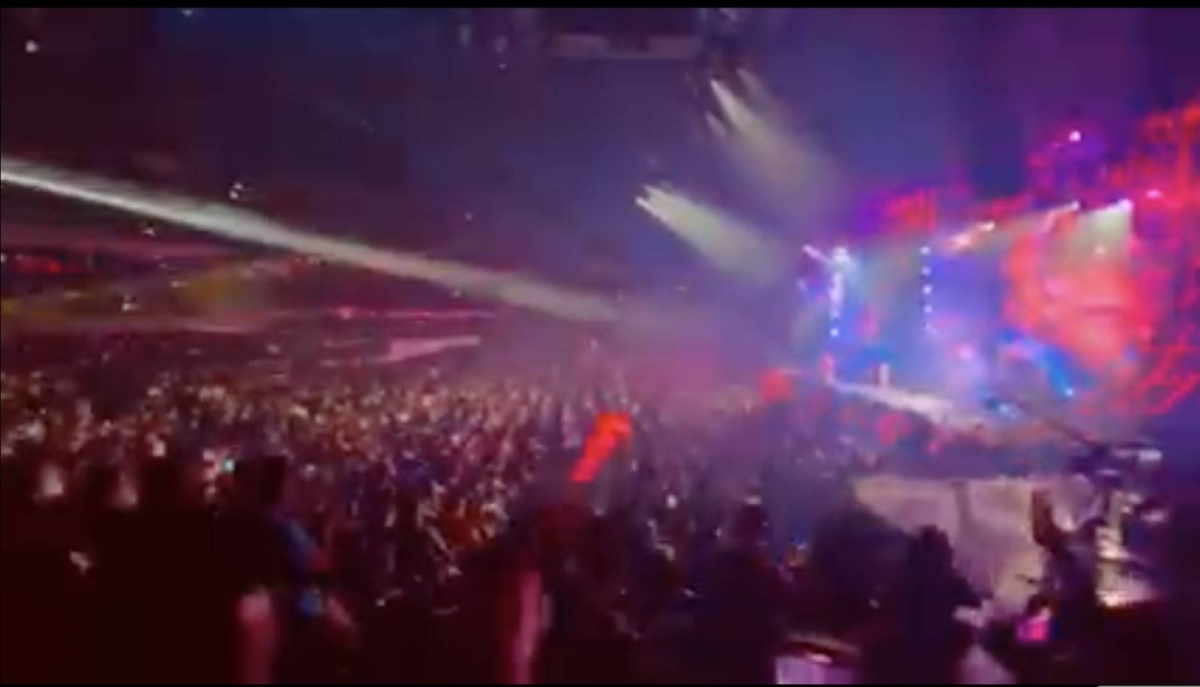 HER opening number said it all. A storm of laser lights flashing every which way across The Smart Araneta Coliseum’s 360-degree spectrum. The deafening shrieks and applause of fans that packed the mammoth venue to the bleachers. And then Toni Gonzaga, emerging triumphant in a fiery red mini-dress singing her lungs out to Katy Perry’s “Roar!”

Following weeks of doubt, the multimedia celebrity’s 20th anniversary-cum-birthday concert, “I am Toni,” would be a success, the audience turnout and dazzling production last night put an end to all the noise surrounding the controversial personality’s milestone celebration.

Even as photos of a sparsely filled Araneta circulated on social media in the leadup to the concert, videos that were taken when the show began, and posted in real time, were clear proof the concert was sold out like its producers claimed.

In the run up to concert night, Joed Serrano of Godfather Productions and co-producer of “I am Toni” was forced to release a statement denying ticket sales had been slow.

He also confirmed talks that Gonzaga’s mother Pinty had 350 tickets released to her, but categorically clarified these were not paid not from her pocket but through orders of friends and relatives that were coursed through her.

“Mommy Pinti ordered and paid 350 tickets for her mga friends, relatives at mga ka churchmate na sa kanya umorder. Me, as one of the producers, also reserved some 300 tickets for my friends who ordered from me instead of going to Ticketnet. These tickets [like Mommy Pinty’s] are paid. Wala ng libre sa panahon ngayon except pag kapamilya mo ang manonood. Iba ang concert sa pulitika at pelikula,” Serrano’s statement had read.

And he was right to raise politics as it had been the source of all the negative stories that led up to Gonzaga’s concert. It can be recalled that the former ABS-CBN frontrunner fell from grace in early 2022 when she publicly supported the presidency of now-President Ferdinand “Bongbong” Marcos Jr.

Gonzaga’s husband, filmmaker Paul Soriano, is related to First Lady Liza Marcos-Araneta and actively participated in producing campaign materials and videos for the President. Toni hosted the biggest campaign rallies for the party and, all through it, endured a beating on social media for siding with the Marcoses.

In fact, many of Gonzaga’s bashers had sarcastically asked in the run-up to last night’s show where the 31 million Bongbong Marcos voters were now that the actress-singer needed them.

Clearly, many of them showed up at The Araneta Coliseum, along with President Marcos himself, who had a surprise video greeting for Gonzaga praising her talent and thanking her for helping him win the presidency.