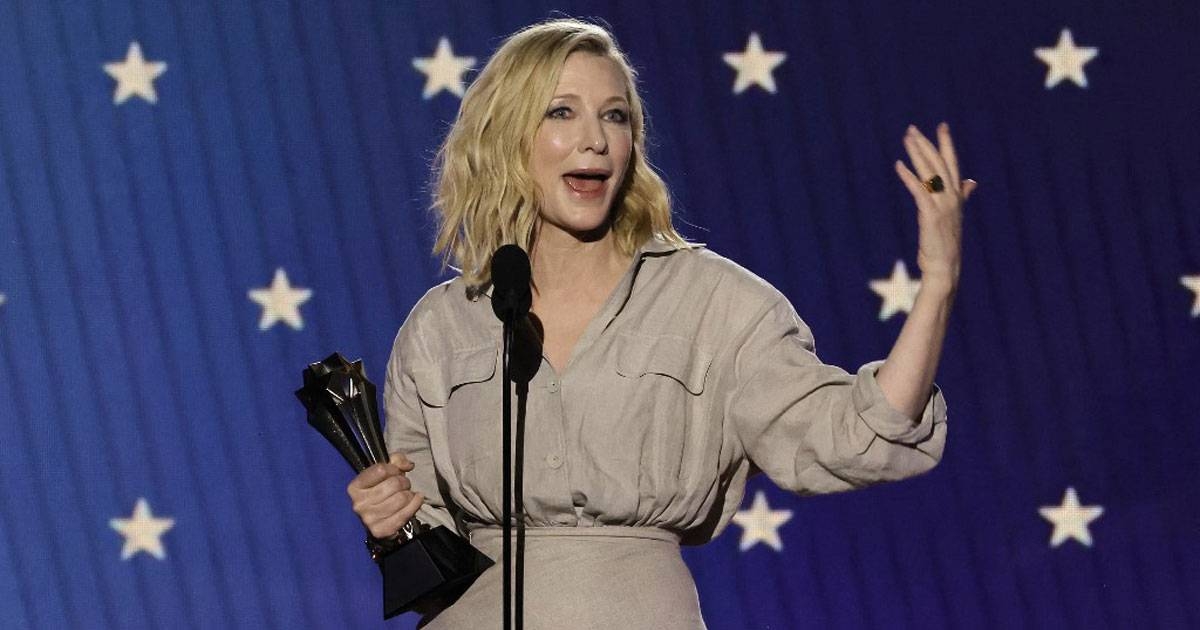 LOS ANGELES: Cate Blanchett criticized the “patriarchal pyramid” of Hollywood awards shows as she accepted the best actress prize from the Critics Choice Association in Los Angeles on Sunday.

The Australian actor and Oscar frontrunner, whose performance as an ambitious, morally dubious conductor in the classical music drama “Tár” is sweeping awards, told a packed ballroom that she wished the whole “structure” of awards shows could be changed.

“It’s like, what is this patriarchal pyramid where someone stands up here?” Blanchett said, collecting her prize from North America’s largest critics organization.

“Why don’t we just say there’s a whole raft of female performances that are in concert and in dialogue with one another, and stop the televised horse race of it at all?” she asked.

“Because can I tell you, every single woman — whether it’s television, film, advertising, tampon commercials, whatever — you’re all out there doing amazing work that is inspiring me continually,” she said. “So thank you. I share this with you all.”

Blanchett previously accepted Oscars for her work in 2013’s “Blue Jasmine” and 2004’s “The Aviator.”

She won a Golden Globe for her performance as a fictional lesbian conductor in “Tár” last week, but did not attend that ceremony.

Several other awards shows, including the Film Independent Spirit Awards, the MTV Movie and TV Awards, and music’s Grammy Awards, have switched to gender-neutral acting prizes.

The Critics Choice Awards, like the Oscars and most other Hollywood shows, still divides its acting prizes between male and female categories.

Blanchett’s comments came moments after Brendan Fraser gave a highly emotional, choking speech in which he thanked voters for his best actor prize for “The Whale.”

Fraser, a major Hollywood star in the late 1990s and early 2000s with hits such as “The Mummy,” had endured a long fallow period before his performance as a morbidly obese teacher in his new drama drew widespread acclaim.

“I was in the wilderness. And I probably should have left a trail of breadcrumbs. But you found me,” Fraser told director Darren Aronofsky.

“If you — like a guy like Charlie who I played in this movie — in any way struggle with obesity, or you just feel like you’re in a dark sea, I want you to know that if you too can have the strength to just get to your feet and go to the light, good things will happen,” Fraser said to a standing ovation.

The Critics Choice Awards are one of a raft of major award shows in the build up to the Oscars, which take place this year on March 12.

Surreal science-fiction film “Everything Everywhere All at Once” won best picture at Sunday’s high-profile critics awards, boosting its hopes for the top Academy Award.

Angela Bassett clinched the best supporting actress honor for her role as Queen Ramonda in Marvel Studios’ “Black Panther: Wakanda Forever,” the sequel to the 2008 blockbuster.