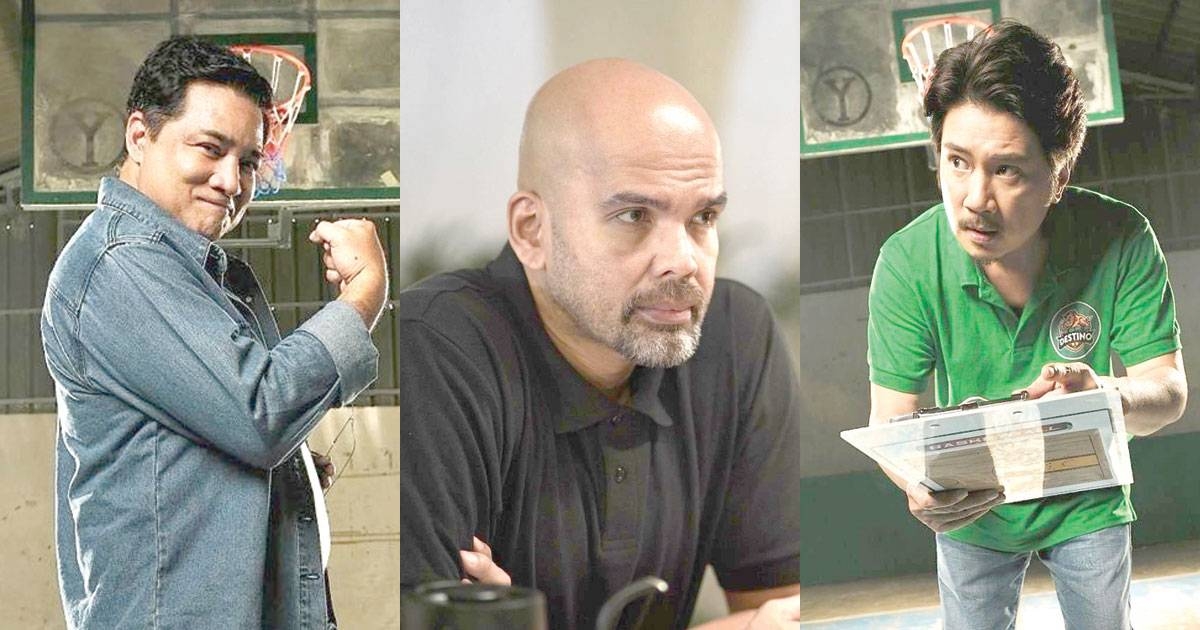 A story about a man who can’t seem to move on from a failure, this fantasy comedy is also written by the actor-director, taking inspiration from his personal experience of dreaming of being a professional basketball player before he entered show business.

Janno Gibbs plays Ariel, who is married to his high school sweetheart (Maui Taylor), father to a sweet and hardworking young lady (Madelaine Red), works as a quality inspector in a fertilizer company, and now experiencing a midlife crisis.

Ariel feels that if only he had made that winning shot during a crucial basketball game back in high school, his life would have turned out way better.

He is particularly envious of his former rival, who is now a famous and wealthy basketball coach. Luckily, Ariel’s best friend, Rocky (Anjo Yllana), is always there to cheer him up whenever his thoughts are filled with “should have, could have, would have.”

But as they say, repeated thoughts are a great magnet, and sometimes, the universe conspires to help you achieve your dreams. In the case of Ariel, it takes a magical figure named Jessie (Benjie Paras) with a futuristic jeepney to let him live the life he’s always dreamed of – in an alternate universe.

In his new reality, Ariel finds himself with a new wife (Sunshine Guimary) and a new daughter (Majo Lingat), but still with the same old foes — Mac Morales (Gene Padilla), his arch nemesis in basketball and Leeroy (MJ Cayabyab), the manager at the fertilizer company.

Here begins a charmed gone chaotic, with lots of gags and laughs and a touch of drama.

At Hello Universe’s story conference last year, Lim shared his thoughts about having regrets in life but said, “I try not to look back too much sa mga regrets sa buhay [and] just [live] in the now.

Given this opportunity to be with all these wonderful actors, ito lang muna ang focus ko – buong pagmamahal sa pelikulang ito.”

Lim expressed he wrote this film not just to entertain but to also uplift the audience. “Hello, Universe!” opens in cinemas on January 25 from Viva Films.